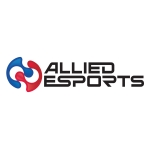 NEWPORT BEACH, Calif.–(BUSINESS WIRE)–Allied Esports today announced that the second episode of its original
series, PlayTime™ with KittyPlays, will take place on Friday,
June 21 at 6 p.m. Pacific Time. The show will be streamed live from
HyperX Esports Arena Las Vegas on Allied Esports’ Twitch channel, Twitch.tv/alliedesports,
and simulcast on Twitch.tv/kittyplays.

Hosted by popular streamer, Fortnite caster, content creator and
competitive esports player Kristen “KittyPlays” Michaela (@KittyPlays),
episode two of PlayTime with KittyPlays will feature streamer and
caster Ben “DrLupo” Lupo, who will join Michaela via live drop-in to
talk about the latest headlines in gaming and pop culture and play with
the live studio audience in creative gameplay modes in Fortnite. Lupo
will also host the live stream on his Twitch channel, Twitch.tv/drlupo.

Lupo, who burst onto the streaming scene in 2017, is one of the most
prominent online gaming personalities in the world with a total of more
than 10 million followers across his broadcast and social channels. Lupo
is also a recognized Fortnite caster and is slated to cast the $30
million Fortnite World Cup Finals in July.

The show will also include a pre-recorded interview with Minnesota Twins
pitcher Trevor May (@IamTrevorMay),
who is also in Lupo’s regular rotation of gameplay partners on Twitch,
and a gameplay segment with two of his teammates, Blake Parker and Tyler
Duffey, featuring hit multiplayer party game Gang Beasts.

A well-known streamer and content creator for Luminosity Gaming
(@Luminosity), May is deeply passionate about gaming and esports and
spoke at length on a number of topics with Michaela, including: his
relationships with popular streamers like DrLupo, Ninja and
TimTheTatman; the growing crossover between traditional sports and
esports; dealing with trolls on the baseball field and online; video
games in the locker room; the future of esports analytics; why the
battle royale format is so attractive to professional athletes; and how
gaming and streaming helped him recover from Tommy John surgery.

“I made the effort to do something that I wouldn’t be able to do if I
were playing baseball. I got into Twitch,” said May. “I went more or
less full time. As close to full time as I could have gone…and things
took off a little last season. It was a lot of fun. I wouldn’t trade
that for anything, it was great.”

Fans that would like to attend and participate in the live studio
audience experience at HyperX Esports Arena Las Vegas can register at hyperxesalv.com/playtime.
Non-participant, viewing-only seats are also available to the public on
a first-come, first-serve basis. Doors open at 5 p.m. Pacific.

On the previous episode of PlayTime with KittyPlays, Michaela
welcomed Ali “Myth” Kabbani (@TSM_Myth)
to HyperX Esports Arena Las Vegas where the two discussed his iconic fall
damage meme, the messiest
member of the TSM house, how creating women-only pro teams is counterintuitive
to esports, and his ultimate dream of becoming
a farmer.

WATCH
A ONE-HOUR VERSION OF EPISODE 1

PlayTime with KittyPlays is a live esports variety show streamed
in front of a studio audience at HyperX Esports Arena Las Vegas. Each
episode includes live conversations with popular gaming personalities,
interviews and gameplay segments with professional athletes, surprise
remote drop-ins by influencers, and gameplay with audience members. PlayTime
with KittyPlays is produced by Allied Esports with Michaela serving
as co-executive producer.

Fans can follow @AlliedEsports
and @KittyPlays
and visit hyperxesalv.com/playtime
for the latest news and additional information about PlayTime with
KittyPlays.

Named to Fast Company’s World’s Most Innovative Companies list for 2019,
Allied Esports is a premier esports entertainment company with a global
network of dedicated esports properties and content production
facilities. Its mission is to connect players, streamers and fans via
integrated arenas and mobile esports trucks around the world that serve
as both gaming battlegrounds and every day content generation hubs.
Allied Esports is a subsidiary of Ourgame International (SEHK:899),
owner of WPT Enterprises, Inc., the operator of The World Poker Tour®.
Ourgame has entered into an agreement with Black Ridge Acquisition Corp.
(NASDAQ: BRAC) to combine, once all applicable shareholder and
regulatory consents have been obtained, Allied Esports and the World
Poker Tour to form Allied Esports Entertainment, Inc.

This communication contains “forward-looking statements” within the
meaning of Section 21E of the Securities Exchange Act of 1934, as
amended, and the Private Securities Litigation Reform Act of 1995.
Forward-looking statements may relate to the proposed transaction
between Black Ridge Acquisition Corp. and Ourgame International Holdings
Limited (the “Proposed Transaction”) and any other statements relating
to future results, strategy and plans of Black Ridge and Ourgame
(including certain projections and business trends, and statements which
may be identified by the use of the words “plans”, “expects” or “does
not expect”, “estimated”, “is expected”, “budget”, “scheduled”,
“estimates”, “forecasts”, “intends”, “anticipates” or “does not
anticipate”, or “believes”, or variations of such words and phrases or
state that certain actions, events or results “may”, “could”, “would”,
“might”, “projects”, “will” or “will be taken”, “occur” or “be
achieved”). Forward-looking statements are based on the opinions and
estimates of management of Black Ridge or Ourgame, as the case may be,
as of the date such statements are made, and they are subject to known
and unknown risks, uncertainties, assumptions and other factors that may
cause the actual results, level of activity, performance or achievements
to be materially different from those expressed or implied by such
forward-looking statements. For Ourgame, these risks and uncertainties
include, but are not limited to, its revenues and operating performance,
general economic conditions, industry trends, legislation or regulatory
requirements affecting the business in which it is engaged, management
of growth, its business strategy and plans, the result of future
ﬁnancing efforts and its dependence on key personnel. For Black Ridge,
factors include, but are not limited to, the successful combination of
Black Ridge with Ourgame’s business, amount of redemptions, the ability
to retain key personnel and the ability to achieve stockholder and
regulatory approvals and to successfully close the Proposed Transaction.
Additional information on these and other factors that may cause actual
results and Black Ridge’s performance to differ materially is included
in Black Ridge’s preliminary proxy statement and, when available,
definitive proxy statement relating to the Proposed Transaction and
Black Ridge’s other periodic reports ﬁled with the SEC, including but
not limited to Black Ridge’s Form 10-K for the year ended December 31,
2018. Copies may be obtained by contacting Black Ridge or the SEC.
Readers are cautioned not to place undue reliance upon any
forward-looking statements, which speak only as of the date made. These
forward-looking statements are made only as of the date hereof, and
Black Ridge undertakes no obligations to update or revise the
forward-looking statements, whether as a result of new information,
future events or otherwise, except as required by law.

No Offer or Solicitation

This communication is for informational purposes only and is neither an
offer to sell or purchase, nor the solicitation of an offer to buy or
sell any securities, nor is it a solicitation of any vote, consent, or
approval in any jurisdiction pursuant to or in connection with the
Proposed Transaction or otherwise, nor shall there be any sale, issuance
or transfer of securities in any jurisdiction in contravention of
applicable law.